Gardening: ‘Organic’ or not, give farmers a break

A few years ago, a news report announced the results of a study in which it was determined that organic vegetables had, on average, the same nutrient levels as inorganic vegetables. At first, I was amused. Someone actually spent a bunch of money to figure this out. But then I was shocked at the surprise evidenced by the people commenting on the story.

People are equally stunned by a study that came out a year or two ago that showed that “certified organic” vegetable growers had fewer beneficial organisms, applied more chemicals and still had higher rates of disease and pests than non-certified businesses. I also have stood in the farmers’ markets and listened as vendors claim they are “spray free.” And I look at their vegetables and fruit and I know they are misrepresenting their businesses.

I don’t blame them. Much of the public now thinks “spray free” is synonymous with “organic.” It is far easier to tell your customers what they want to hear than to try to educate them. The puzzle of pesticide use is a vast tangle that takes time to sort out. And few customers want to listen to a 20-minute diatribe on a Saturday morning when they just want to get their produce and get on with their day. But I also know that those same customers would never, ever purchase a truly spray-free apple. They are too ugly and misshapen.

In the United States, growers are allowed to use the word “organic,” or anything related to that word, only if they have been officially certified by the government. The certification process starts with at least five years of documentation regarding what you grow, how you grow it and where you grow it.

After that time you can apply, at which point your farm is inspected regularly to make sure the processes you claim are actually the processes you use. Any seeds must be from a farm that is certified organic. Any chemicals must be certified for organic use. And, oh, by the way, organic seeds and chemicals are vastly more expensive. Irrigation, water runoff, crop rotation, harvesting, handling, packaging, shipping, and equipment are all watched carefully — and all must be continually documented. So when you complain that your organic produce costs too much at the grocery, just remember what the farmer has had to endure to get that rating and keep it.

Farmers are often accused of tossing sprays and fertilizers about like candy, killing wildlife and polluting the rivers. And all their plowing caused the erosion that clogged the Chesapeake Bay and destroyed the East Coast fishing industry. But please understand: sprays of any kind are expensive. So is fertilizer. In an economy where absolutely every penny counts and a work week regularly includes 15-hour days, seven days a week, a farmer is not likely to waste either time or money spraying anything that isn’t absolutely necessary. As for soils, “no-till” practices came into effect in the early 1900s. Farmers spend a lot of time and effort improving their soils, and if the soil in the fields has run into the river, it isn’t there to grow the crops.

Therefore, most “non-organic” growers also use methods that keep their soil healthy. They keep close watch on the chemicals they use and their costs. They carefully educate themselves as to the pros and cons of each of those chemicals, both on the humans that eat their food and on the environment and ecosystem in which they grow them. They watch their waste and figure out how to use it so that it improves their farmland. They plant areas to invite beneficial insects and organisms to their sites. And they rely on healthy plants, healthy soil and proper watering to control many of their pest and disease issues. All “sustainable” practices. Which, simply put, means they are gardening in a manner that will make the farm just more productive for their children and grandchildren. But they can’t use the “O” word because they haven’t undergone the rigorous government requirements.

However, in all my years of gardening, I have met three commercial gardeners who truly do not spray anything. All three are small farms, and they have carefully vetted and chosen the produce that will work on their properties. They make major sacrifices to maintain this principle. One gave up $20,000 annual profit in basil sales because she couldn’t raise it without spraying fungicide. That is not a small number for a farming operation.

Unfortunately, I think the public’s perception of GMOs (genetically modified organisms) is the biggest loss in the fight against chemicals. Since mankind began farming, plants were chosen for flavor, looks, and insect and disease resistance. Seeds were gathered from these plants and replanted the next year. And guess what, folks? This is the most basic form of genetic modifying. Broccoli, cauliflower, corn and many other vegetables would not exist except for the fact that humans were picky about the things they ate.

Today, I’ll admit, it’s a bit scary because we can do with one tweak under a microscope what used to take hundreds of years to accomplish. And I don’t agree with all the modifications. But to be able to change a gene that allows a plant to resist disease or insects?

Bananas are one of the most important sources of food worldwide. Yet, we are on the verge of losing all the bananas in the world due to a blight. Once it’s introduced to a field, bananas can no longer be grown there. Much of our lost tropical habitats are the result of banana growers clearing new land to replace their blight-infested fields. A blight-resistant GMO banana currently exists. However, the major banana producers refuse to grow it because they fear the reaction of the public.

In America, sweet corn needs a tremendous amount of insecticide to get it to market blemish free. There is also a GMO sweet corn that needs no insecticide. Again, it is rarely used for fear of customer perception. Thus far, there has been no evidence of a GMO vegetable that causes harm to the humans that eat it.

So I ask for a bit of reason and education in our public. Find out all about what you are protesting and make sure it is bad before you protest it. And please, give your farmers a break. Most want to produce a safe and healthy product while keeping their farmlands productive for many years to come. 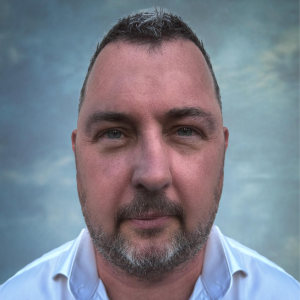